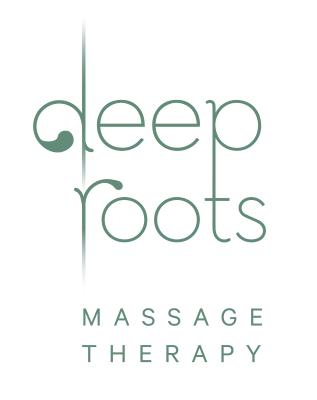 The sacred shift within you that is inspired by the healing kahuna...

Lomi lomi is a traditional Hawaiian massage that uses a combination of massage techniques, nut oils, and sometimes elements of prayer, breathing and dance to restore energy and soothe the body. It is also known as the ‘loving hands’ massage. This name helps to explain its principles – the massage works gently yet deeply into the muscles with continuous, flowing strokes, allowing the recipient to relax and give in to the nurturing touch.

Lomi lomi works from the belief that memories are not just stored in the brain and mind, but also in every cell of the human body. The long, continuous strokes of the massage are designed to help the body let go of its old patterns and behaviours, which can cause as many stresses and strains as muscle tension.

‘Lomi lomi’ translates to ‘rub rub’ in Hawaiian, and reflects the broad, flowing strokes made with the therapist’s fingers, thumbs, palms, arms and elbows. Macadamia, palm and coconut oils are usually used as moisturisers in lomi lomi massage, to keep the strokes smooth and to nourish the skin.

What is lomi lomi massage good for?

Lomi lomi aims to treat the body and mind as one whole being. It is thought to:

In Hawaii, lomi lomi is used to treat children with upset stomachs and soothe women in labour. A lomi lomi therapist will not aim to heal themselves, but to be the facilitator for healing – to enable healing to take place.

The nature of lomi lomi means that you probably won’t be able to wear very much, so check with the clinic about what you should wear.  Underwear or a bathing suit bottom typically would surfice.

It’s worth remembering that the oils used in massage are not kind to hair or make-up, so you might not want to return to work straight after your treatment. But that’s fine – if you clear your schedule for the afternoon, you’ll be able to spend longer in post-lomi lomi heaven in our relaxation lounge.

Avoid eating heavy meals or drinking alcohol in the hours leading up to your massage.

Your therapist should ask you about your medical history before your treatment begins. It’s important to tell them if you are – or think you may be – pregnant.

What to expect from a lomi lomi massage

Traditionally, lomi lomi massage is performed with the recipient lying on a hand-woven mat on the floor. However, you may find yourself on a conventional massage table, or lying directly on the vinyl of it. Instead of being covered with towels, you might just have one towel or a small sheet to preserve your modesty. These steps are taken to avoid interrupting the continuous flow of the massage.

Lomi lomi usually begins with a period of stillness between therapist and recipient, sometimes with the therapist’s hands resting lightly on the recipient’s back. During this moment of stillness, a traditional lomi lomi practitioner would say a blessing or prayer, asking for whatever healing is needed.

The therapist will work intuitively with your body, with fluid, rhythmic strokes to release and shift tensions. There is no set format for the massage itself, so no two massages are the same. The treatment may be slow and relaxing or faster and more invigorating, depending on how your body responds. You might find that the therapist massages two different parts of your body simultaneously – this is to stop your brain from focusing on any one area and therefore helps to aid relaxation.

Your therapist may make full-body or under-body strokes, lightly stretch your limbs and carefully rotate your joints. These techniques are thought to free up your energy flow, and she will perform them very gently, staying within your comfort zone and level of resistance.

Don’t be surprised if your therapist – particularly if he/she is a traditional lomi lomi practitioner – hums at various points during your massage. Humming is supposed to create amplified and vibrating energy, promoting the release of blockages within the body. Dance techniques and hula movements are important, too, in keeping the energy flow high.

You will feel blissfully relaxed after your massage, and nurtured from top to toe. Make time to relax in our relaxation lounge and have a small snack before you return to the real world.

Send someone you love a Gift Certificate! Dismiss